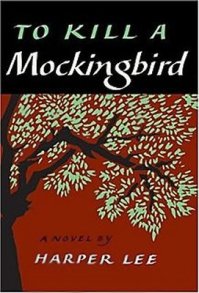 On April 28th, 1926, the talented Nelle Harper Lee was born. An American novelist and winner of Pulitzer Prize for Fiction in 1960 for her notable work on “To Kill A Mockingbird”, Harper Lee remains a publicity recluse despite the awards and recognition gained internationally for her Mockingbird book .

Her “To Kill a Mockingbird” was published on July 11, 1960 and became an immediate bestseller, winning critics over and remaining as the top best seller with more than 30 million copies sold in print. Although the book was the only publication she had over a century, it was voted “Best Novel of the Century” in 1999 in a poll by the Library Journal. It became a modern literature classic for schools worldwide, available in most school libraries; where I first laid my eyes on it.

Her book was loosely based on her family, particularly her father, her society she grew up in and the events that occurred in her hometown Alabama in the 1930’s.  Writing from the eyes of a 10 year old, the tale was full of warmth and humour but at the same time poignantly deep in its cause of integrity, heroism, race and the destruction of innocence.

Harper’s father, was portrayed in the book as the hero, with Crespino, J. (2000) author of “The Strange Career of Atticus Finch” calling him,  “the most enduring fictional image of racial heroism”.  Filled with rich plots and amazing characters, one will surely learn much just from reading it.

But Harper Lee remains humbled by her book.  Quoted in Newquist, 1964,  “I never expected any sort of success with Mockingbird. I was hoping for a quick and merciful death at the hands of the reviewers but, at the same time, I sort of hoped someone would like it enough to give me encouragement. Public encouragement. I hoped for a little, as I said, but I got rather a whole lot, and in some ways this was just about as frightening as the quick, merciful death I’d expected.”

In a surprising comeback, Harper Lee has announced her new book, “Go Set a Watchman” which is scheduled to be published on July 14, 2015.

Here’s to celebrating her work and wishing her all the success in her next book soon!

A liberated corporate-slave. A passionate writer. An ardent believer that “Sales is the way of life”. Now, writing contents for clients who believe that selling and words are a potent mix to a business' success. View more posts